My name is Svetlana, I am 28 years old, I have a daughter -  she is 4 years old. I live in the city of Melitopol. As for the beginning of 2015 my structural status in Faberlic - senior vice director. My passive income is about 3,000 UAH a month and it is increasing.

My name is Victoria Symonenko, I'm 26 years old now. My first acquaintance with the Faberlic company happened in my childhood. For some reason, I was always fascinated by an advertisement in which a beautiful girl applied a cream on her face. There are many such advertisements on TV, but only this one attracted me.

Faberlic provides an opportunity to earn money for each of its customers. This can be either additional income or discounts that help to save your budget, or the main business that brings the desired profit. The advantage of such activity is a flexible schedule. You choose yourself how long, when and how you want to work, depending on how much you want to earn.

Scientific progress does not stand still. Now computers, tablets, smart phones are no longer a novelty; the main asset of mankind is the Internet. 10 years ago, not that many couldn't afford it, but couldn't even imagine the possibilities of modern gadgets. With the popularity of the Internet, human life is also changing.
Now most of the communication takes place online, purchases are made via the Internet, which is much more convenient. With the new needs of people and the possibilities of technology, a new type of entrepreneurship has appeared - Internet business online. And although this type of income is already very popular, not everyone uses it. And the money is in front of us.

Modern world tendencies dictate new rules to us. Today every woman should be independent. Not be dependent on finances, people, government, job. Therefore, more and more women are starting to do business. When a woman has her own business, she is more successful, confident, inspired, purposeful and cheerful. So which business is right for women? Can anyone, who is willing, be engaged in commercial activities and what needs to be done for this?

In the first part of my first story, I’ve described how I came up to this business and how I work. A year later, for now, I have reached the maximum percentage from sales for my work and received the status of Structural Director at Faberlic. My salary is 8,000 UAH per month and it continues to grow.

How I became the Director in Faberlic

In October 2015, together with my group, I've reached the Director's turnover (3000 points) and I’m steadily keeping this level for six months. It turns out that during a month we sell products worth about 6,000 euros. But before this I was walking around for several weeks with a catalogue in my bag and could not collect even a single order. The problem was that I didn't take out the catalogue from my bag :).

Faberlic company operates in different countries and sells products in various currencies. Your registration ID number in Faberlic is universal. You can place orders in any country where Faberlic is officially operating, while retaining participation in all promotions. It is also possible to build a business in Faberlic throughout the world. Therefore, for accounting of the value of all orders within the company, a common unit is used - a point.Value of a point in FaberlicA point in Faberlic has 2 meanings and two values (even three;)) 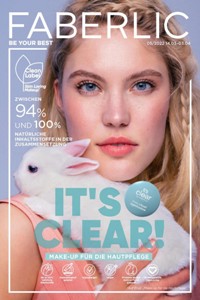